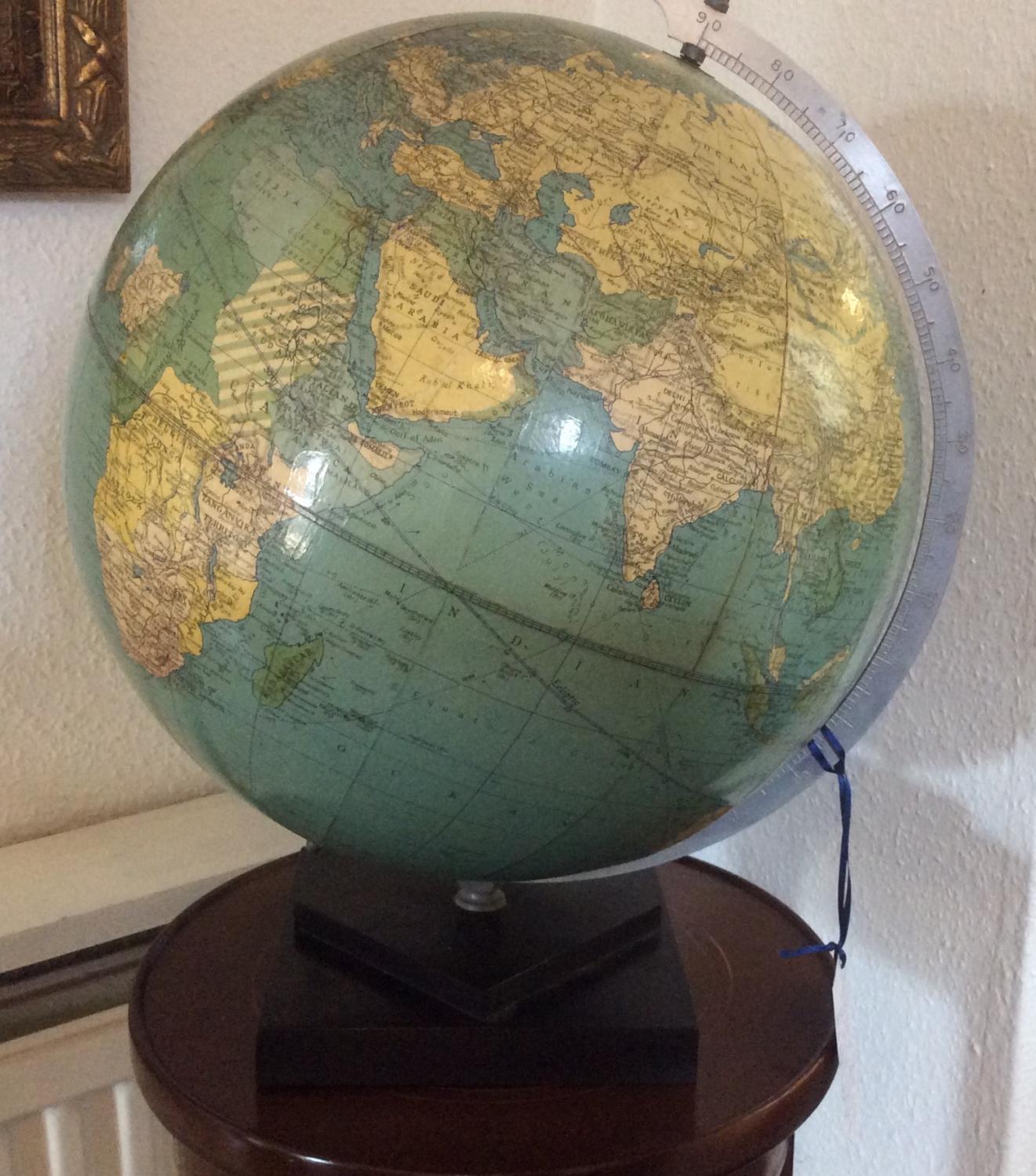 Philips standard globe diameter 13.5"
Indicators of map age are as follows
Republic of Ireland not shown
Transjordan shown
Tannnu Tava shown
Peiping shown and in brackets (Peking)
These all indicate the globe to dates 1920'/1930's
Other good indicators of an early date are the construction, the pasteboard sphere is overlaid with 12 hand-applied paper gores and 2 polar calottes, rather than the later composite gores. More unusual feature is the stepped black bakelite base as at this time most globes were mounted on turned wooden bases. 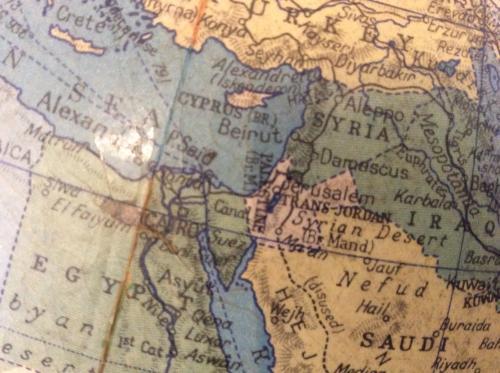 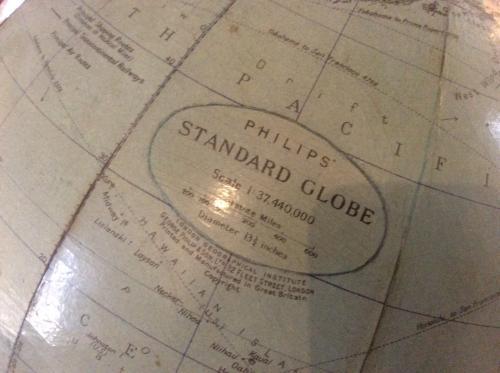 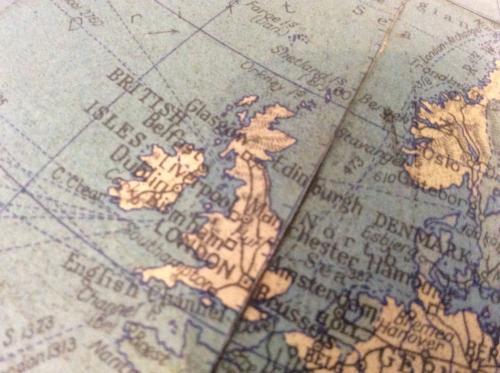 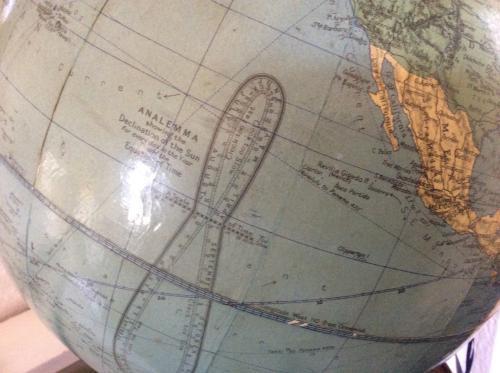 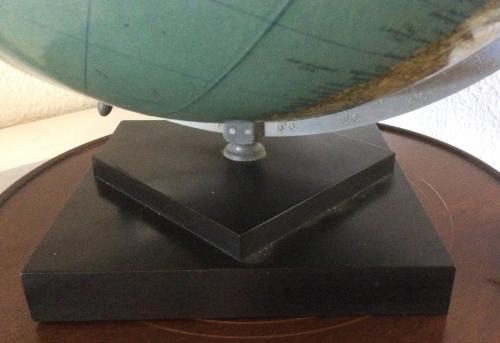 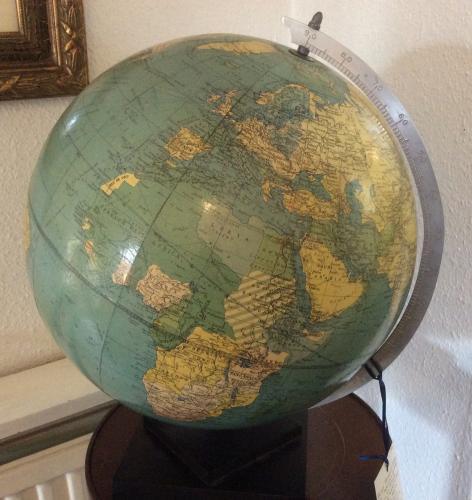 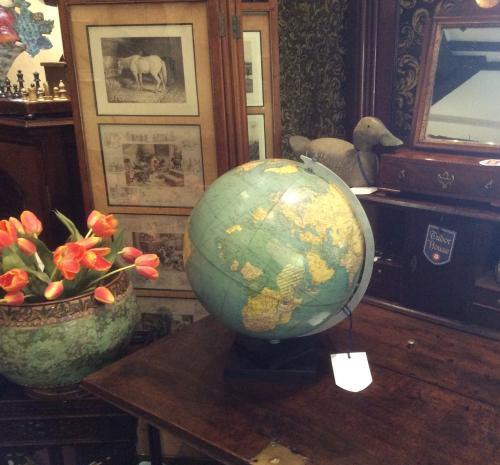