Antique brass fire starter pot made by one of the best known manufacturers, the Cape Cod Shop

The Cape Cod Shop, with a location on Fifth Avenue in New York City according to an early 20th century advertisement, operated from the 1890s to the 1930s.

and features the flared "fishtail" end to its handle that was a common feature of the shop's pieces.

Stamped on the base 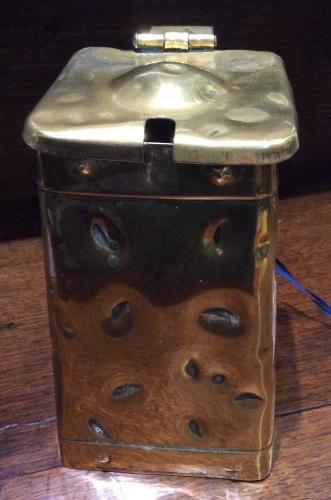 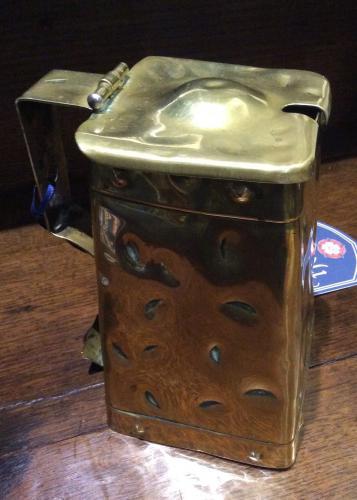 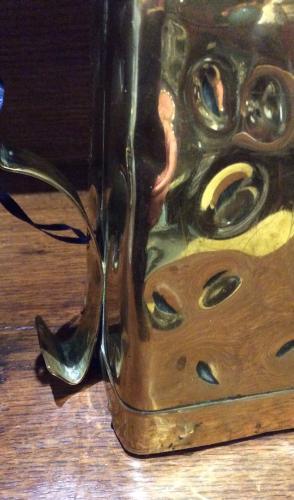 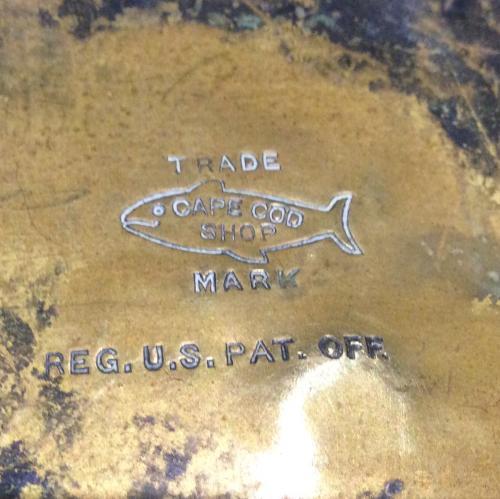